Amaury St. Gilles collected Mingei (min=people, gei=art) from across across Japan during the 1980s. Amaury’s passion and understanding of Mingei was inspired by the the writings of legendary revered scholar Dr. Yanagi Soetu. This exhibition celebrates “unknown craftsmen” of Japan. Understanding of the world significance and influence of Mingei has been conveyed though the writings of both the late English potter Bernard Leach in “Unknown Craftsman” and the late Hamada-Sensei. Most of the art in the exhibition is featured in Amaury’s “Mingei, Japan’s Enduring Folk Arts, first published in 1989. The Canadian Society for Asian Arts is pleased to partner with Nikkei National Museum in Burnaby British Columbia for the presentation of this exhibition scheduled for June–August, 2015. “The ‘arts of the people’ of Japan are a living, growing tradition that is a continuum of change over hundreds and even thousands of years in the case of pottery making. There is a distillation of a culture reflecting all the rich variations of the mountainous islands of Japan.

So complex is the rich variety of simple and abundant materials imaginatively used. Wood, bamboo, paper, straw, shell, lacquers, clay, metal, stone and other materials are transformed into delightfully charming objects for daily use and satisfying to the human spirit.”

In Pursuit of Beauty 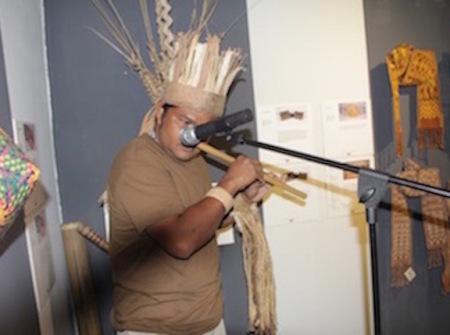